Foundation paper piecing and simple appliqué make these blocks easy enough for beginners, but fun for experienced quilters as well.

Patterns will be posted at the beginning of each month. Be sure to check back often or sign up for our newsletter to receive notification of updates.

Make a block each month and by the end of the year you will be ready to make a charming seasonal wallhanging or throw.

A pattern, Simple Things, is available for assembling the blocks into the two versions shown below. The quilt at right was designed using the Martha's Vineyard fabric line by Susan Branch for RJR. Look for it at your favorite quilt shop or visit http://www.susanbranch.com. Take a dozen 9" blocks, then add some sashing, cornerstones, and borde..

Take a dozen 9" blocks, then add some sashing, cornerstones, and borde... 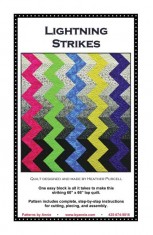 One easy 6” block is all it takes to make this striking quilt. Full-c... 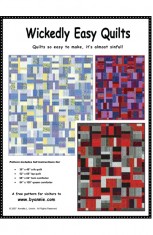 Quilts so easy to make it's almost sinful! Made using one basic 16" b...